Whew can you believe there is only one day left to the first month of 2014? Where has the time gone! We have been so busy preparing for all the tradeshows, with Salon International de la lingerie ending this past weekend in Paris, we are on full speed preparing for the other shows.   England, Vegas, and New York here we come!

Besides tradeshows in January, it is also a great time for us in terms of media exposure.  As we had mentioned, our beautiful “Ida” and “Fiona” made it onto the season 2 premiere episode of “The Carrie Diaries.”  Lead character Maggie Landers was trying to decide which she wanted to wear for a special night with her boyfriend, what a tough choice to make! 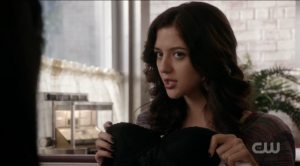 Besides landing a national debut on television this month, our favorite day is coming up next month and we are receiving a lot of love from popular magazines such as Cosmopolitan, Marie Claire, ESSENCE, and REDBOOK .  We’re also expecting more features, we’ll let you know about those in the coming posts. 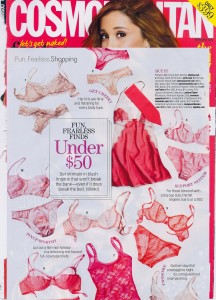